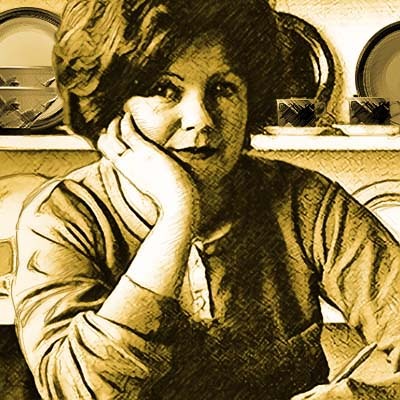 There is often some confusion and disconnect between Leivo’s decorations and form designs, because she changed her name. The young female designer started out at the Arabia factory as a decoration designer under her maiden name Seppälä, so her early work, including many of her most recognised decorations are signed “IS”.

Undoubtedly the most popular of her vintage decorations is the bright and cheerful Kirsikka. The lovely red cherries of this decoration are unglazed and very fragile, so it is rare to find Arabia Kirsikka dishes in good condition and a perfect condition dish is highly desired. Other popular decorations include the equally bold Taika (with striped and berry motif versions) and the Faenza Black – Sinikukka – Ruskeakukka decorations for Peter Windquist’s model, which won Gold at the Faenza Biennale in 1971.

Though Leivo didn’t design very many decorations, the few she did create have become vintage hits with lasting popularity. Her decorations are classic retro designs with strong colours, such as Ruskeakukka’s chocolate brown and the orange Aslak. The decorations matched the joyful mood of the 70s bohemian hippie style – just like Marimekko’s large flower prints. Her colours were really fresh compared to the muted light gray and beige colours of the earlier decades.

She quickly moved to product design – and became known by her married name Inkeri Leivo – under which most of her form designs are known. As a designer of dish forms, Leivo’s true talent for shaping porcelain was revealed. Her defining design, the Arctica series, was made in 1979. Finns fell in love with this fresh, snowy feel, and Arctica became a success that has continued in production to this day.

Perhaps it is not surprising that Leivo wanted to design such simple white dishes – she was in fact a second generation Arabia artist, and her mother had worked as a decorator in the Arabia Rice porcelain department. She must have grown up surrounded by beautifully white, thin porcelain dishes that glowed with light.

The completely undecorated and extremely simple Arctica was seen as a blank canvas that inspired many Arabia painters to design decorations for. The first of these was Pudas, which began it’s manufacture in 1981, followed by more than 20 decorations like Aurora Borealis and Poetica over the next two decades!

The unique design and production of so many decorations, and over such a long time period, is a testament to the versatility and timeless quality of Leivo’s form design.

Leivo’s success with Arctica reached new heights as she was commissioned to create a complementary series of wine, water, and snaps glasses by Nuutajärvi. The Nuutajärvi Arctica glasses mimicked the form of the ceramic design, but the thinner glass material gave the form new elegance.

Another crossover from Arabia is her Uhtua stripe decoration, which was adopted by the Wärtsilä-Järvenpään emali company, for a series of enamel dishes including coffee pots, flying pans and bowls. Though Leivo is best known for her model design, her decorations, like Uhtua have gained huge popularity in the past years.

During the early 80s, Arabia began a collaboration with the Japanese ceramics company Nikko, which wanted to bring Finnish design to Japanese customers. Leivo was again chosen as the designer, and created the IS-model for the Lyra coffee series together with decorator Tove Slotte.

Arctica is a good example of how Leivo’s forms stood in strong contrast to the fashion for heavy stoneware dishes with bold prints and strong colours – Leivo’s designs with their graceful, light, and soft round shapes formed a part of the new style that began to take shape. This is visible from the two tableware series that were born in the 1980's:

The KR-model had the sculptured soft shapes of water and smooth stones rounded by the sea. The decorations used for this model – Airisto, Saaristo and Reimari – were accordingly named and inspired by the Finnish archipelago.

The other design was the theatrical Harlekiini, which captured the feel of 1930's elegance and playfulness of art deco. Like Arctica, Harkeliini has become one of the most recognised Arabia classics, and its versatility gave birth to colour versions and different decorations.

Bold material experiments also played a significant role in the success of Leivo’s work. Arctica, KR, and Harlekin were some of the first series using Arabia’s new automated mould production, the tunnel kilns that were completed in 1979, and the pure white vitro porcelain ceramic mass. Leivo had a significant impact in developing the vitro porcelain to create dishes for the new conveniences of the 80’s kitchens – the microwave oven and dishwasher. Experimenting with materials would inspire her process as she moved from tableware design to decorative interior objects and unique pieces of ceramic art.

A love for light

Leivo’s move to the Arabia Art Department was a return to a fascination with the play of light and shadow inspired by her mother’s work with Rice Porcelain. She began to produce decorative vases, bowls, and especially lamps – the best known of these are the Gardena dish from the Arabia Pro Arte series, and the really exquisitely beautiful snow lantern lamps. Leivo was deeply interested in the possibilities of the bone china material – it’s semi-transparent ability to let light shine through.

A highlight of her late career was Leivo's first exhibition of bone china Light and Silence in 1992 – a magical display in the Winter Gardens (which if you ever come to visit us, are just a few minutes walk from Astialiisa’s shop in Helsinki). The greenhouses were filled with bone china lanterns, delicately glowing among the tropical plants. This was a perfect setting for an artist, whose designs were inspired by nature, especially leaves. These bone china lamps at first resemble winter snow lanterns, yet the light reveals leaf patterns that bring summer into the home. 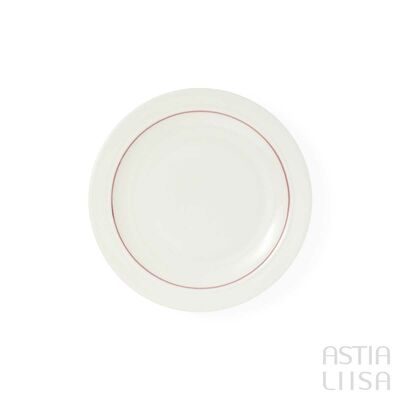 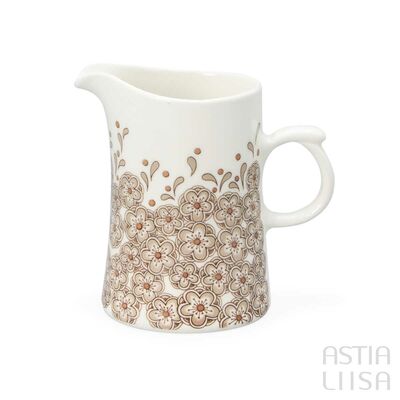 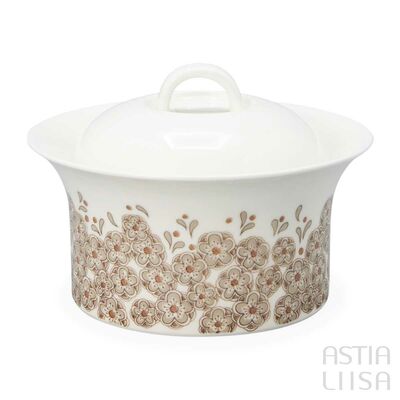 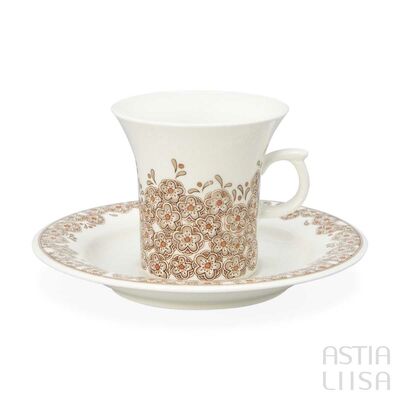 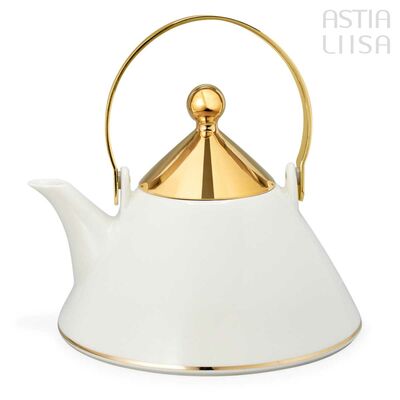 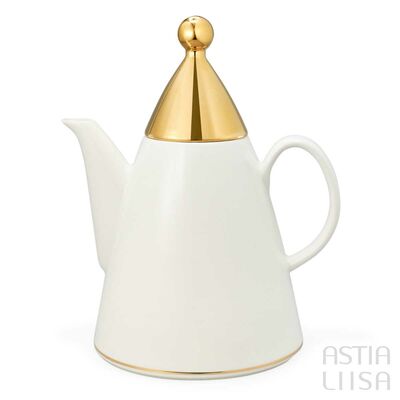 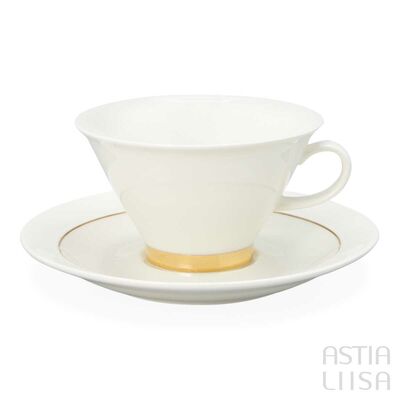 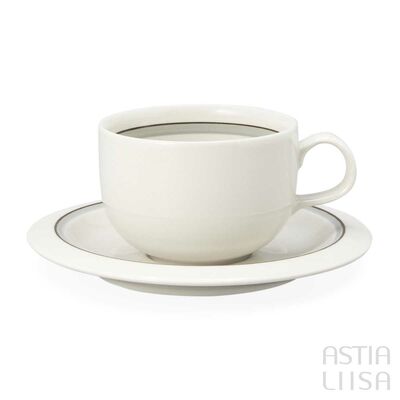 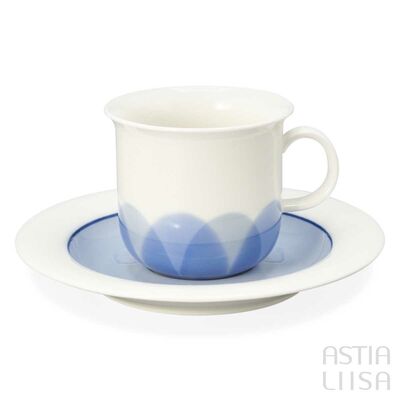 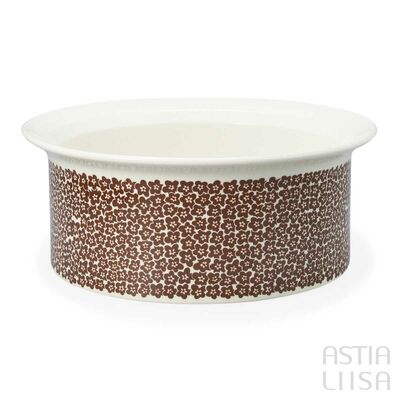 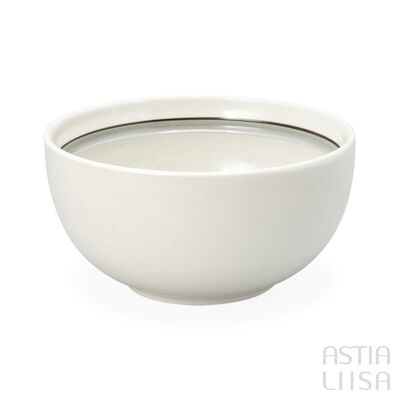 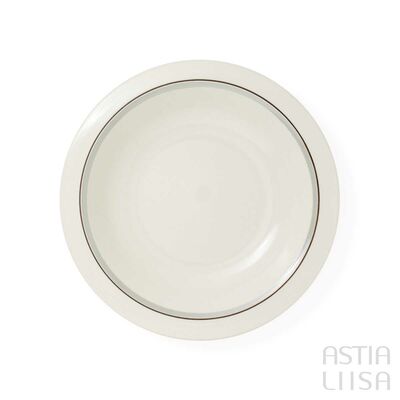 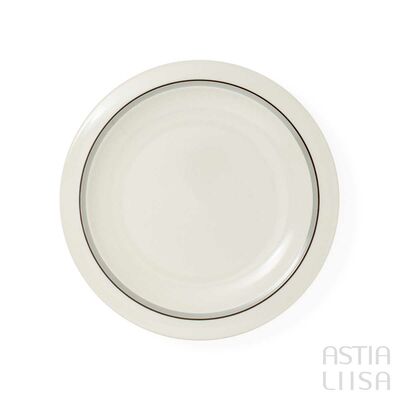 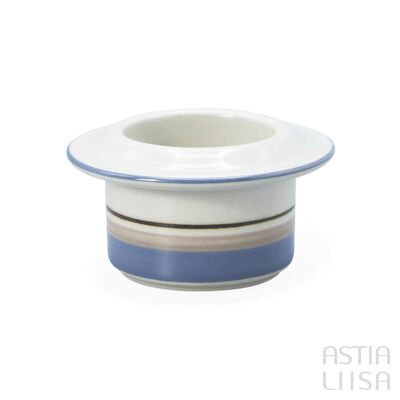 Browse all products by Inkeri Leivo