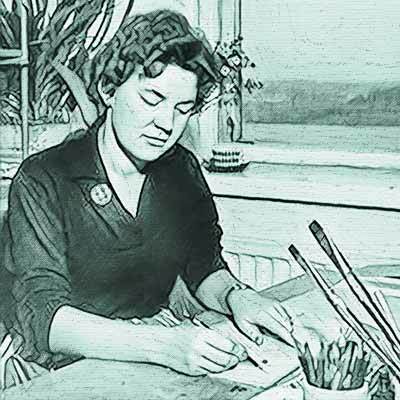 Raija Uosikkinen was never a superficial artist just following the latest trends. A knowledge of different styles and a thorough mastery of the decoration methods were the starting points for her versatile designs. Uosikkinen was gifted in embracing new ideas and finding ways to express the stories of Arabia dishes. And her expertise was greatly trusted.

The central focus for Uosikkinen was a decoration that emphasized the shape of the dish. For this reason, she found it difficult to decorate models imitating old styles with romantic wavy surfaces. Instead, she was inspired in designing new, simpler shaped dishes. Smooth surfaces proved a good base for her free-hand decoration style.

The minimalist ascetic trend of the period did not please everyone. Uosikkinen caused drama at the Arabia factory, when she decorated Kaj Franck’s minimal Kilta series box with the decorative and storybook-like Emilia illustration. However, Uosikkinen won the day as Emilia proved a best seller and the series soon gained new parts.

Uosikkinen's first decorations at Arabia, were made for Kaj Franck's B-model dishes, like the Hattara decoration that won a gold medal in Sacramento, USA in 1961. Another B-model decoration was the wonderfully Finnish looking Polaris decoration, with beautiful delicate green twinflower ornaments along the edges. A pioneering design, Polaris was also the first Arabia transfer print protected by glaze. And could be safely washed in the dishwasher! For this reason, the series is still widely in use and people continue to buy additions to their own sets.

Uosikkinen found inspiration for decoration from her extensive travels, over 60 journeys including to East Asia and the Americas. She was a skilled and passionate photographer, and collected patterned fabrics as souvenirs from her journeys. Decorations inspired by Middle Eastern mosaics can be found for example in enduring favourites such as the Ali, Rypäle and Filigran series. Due to her perpetual innovations and new design ideas, friends and colleagues nicknamed her “revontuli”, referring to the dancing northern lights.

Finland’s nature and her garden were close to Uosikkinen’s heart. The Pomona fruit and berry jars are sought after for the shelves of many retro decorators' kitchens. These decorations are as warm and captivating as Uosikkinen herself. Uosikkinen was childless like her aunt Selma. Aunt Selma, who had just returned from America laden with souvenirs, to visit the family, was the inspiration for the beloved Emilia series. The charming black-and-white illustrations and whimsical details are always captivating the hearts of new home decorators.

Designer Oiva Toikka introduced Raija Uosikkinen playfully as “the mother of beauty” to visitors of the Arabia factory. The name is apt, as Uosikkinen was perhaps the most prolific decorator of Arabia’s design history. She also worked closely with Arabia’s designers and other decorators as head of the Decoration Department until her retirement in 1986.

Raija Uosikkinen's decorations are still Finnish favorites in vintage collecting and table settings. Her decorated tableware series, coffee cups, interior decoration objects, and Finel enamel dishware are collected in all their cheerful pop colours and decorations for both home decor and use. They provide the perfect combination of everyday beauty, and complement and counterbalance a simplistic and unadorned style. Uosikkinen’s designs delight and bring a smile to the lips.

"Why should we consider everyday life to be drab and gray? When nature presents life to us as the blooming of a thousand flowers!"

Top series from designer Raija Uosikkinen you must get to know: 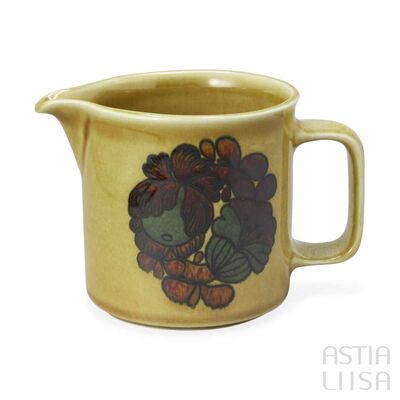 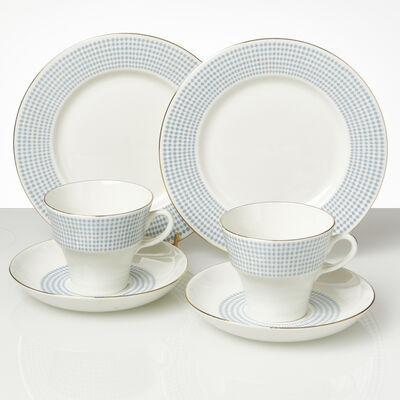 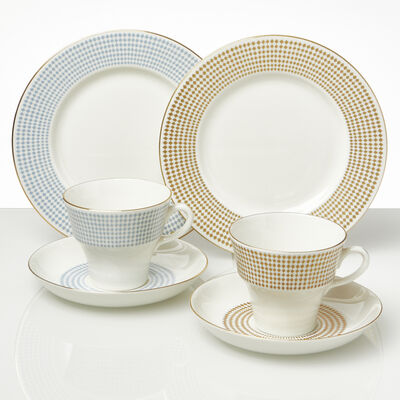 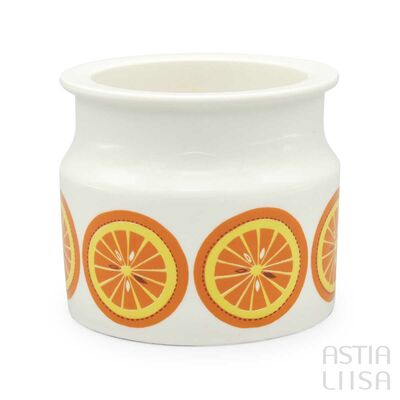 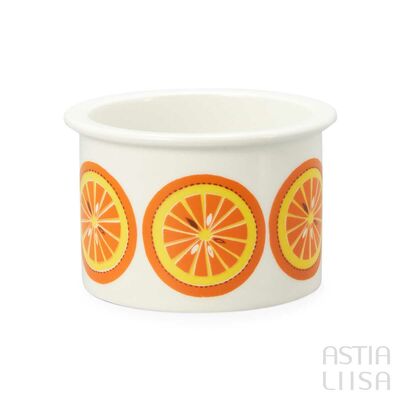 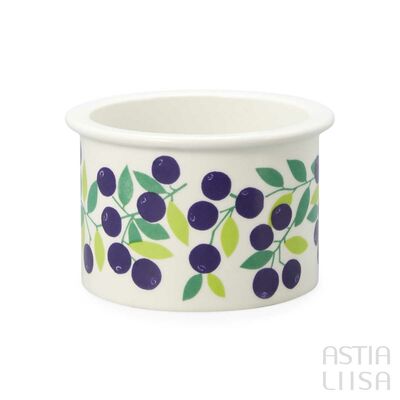 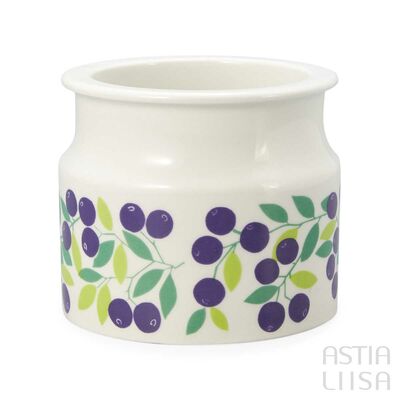 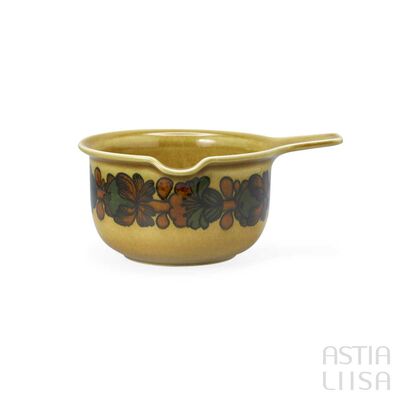 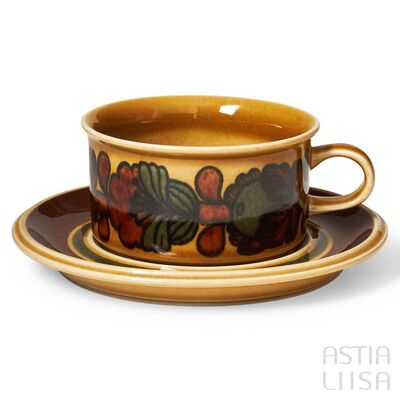 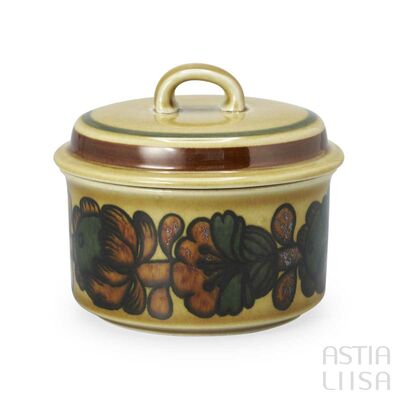 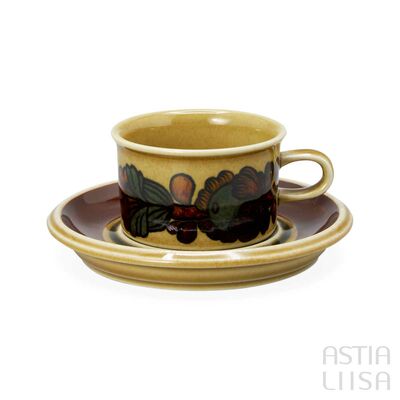 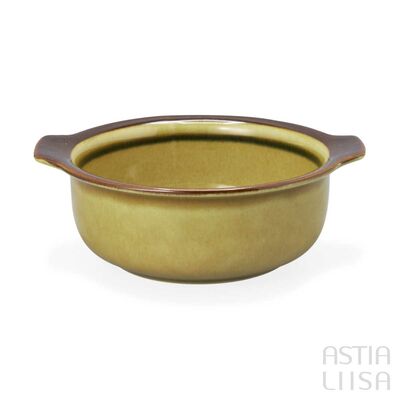 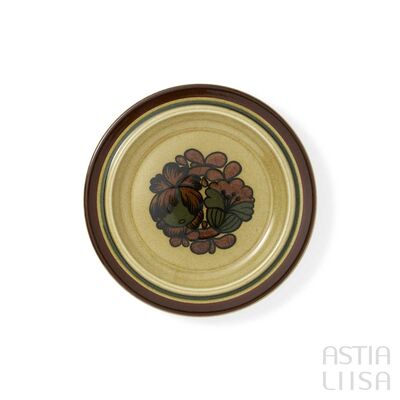 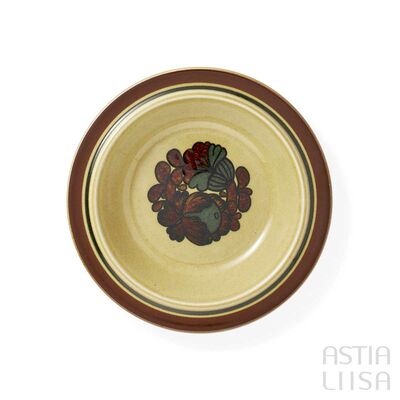 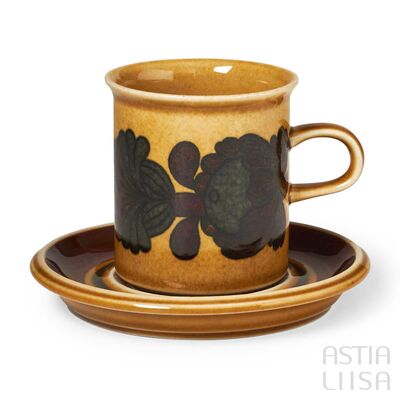 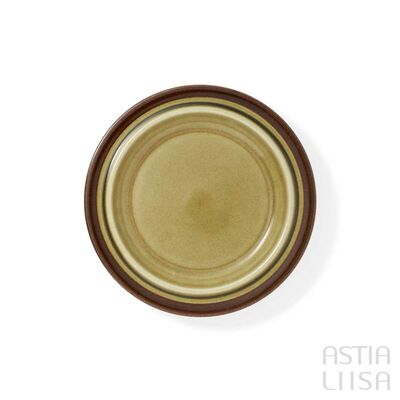 Browse all products by Raija Uosikkinen