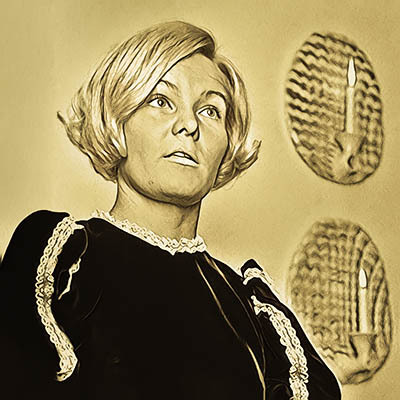 Artist Heljä Liukko-Sundström’s ceramic art and profound stories have touched many and garnered a large and loyal following among design enthusiasts and collectors alike. Her work has been recognized with many Finnish and international awards.

Heljä Liukko-Sundström graduated as a ceramic artist from Ateneum art school in 1962, and in the same year, achieved her dream of being accepted into the Arabia Art Department; where she was given the chance to work alongside much admired artists, such as, Birger Kaipiainen, Rut Bryk, Toini Muona, and Annikki Hovisaari. This was the beginning of a long and productive career at Arabia.

A playful mind full of experimentation

For Liukko-Sundström, exchanging ideas with other artists at Arabia had a profound effect on both her intellectual and artistic development. Many of these artists became important collaborators and friends. She was asked to help Birger Kaipiainen complete his 9 meters long and 4,5 meters tall ceramic mural for the Montreal World's Fair in 1967. More hands were needed to do the huge work. As the work progressed, Liukko-Sundström came up with a name for the piece, Orvokkimeri (Sea of Violets).

Liukko-Sundström was a bold experimenter making pieces from waste cuttings and leftover casting clay, while her colleagues practiced the potter’s wheel or sculpting. The puddles of clay casting that dotted the Arabia factory floor, whispered to Liukko-Sundström’s creative mind “draw on me”. “She experimented by pouring casting clay on a table and painted on the wet clay surface. As the clay dried, the line of her drawing tool became thinner and more beautiful and delicate. Colours could be added and taken away, the surface could be dabbed or scratched, and the ceramic tile fired many times over.”

Creative and keen to challenge herself, HLS also worked long to develop a new way to make small and affordable stained glass decorations in limited-edition series with Iittala. As a result, nature and spiritually themed glass paintings, as either hanging ‘glass paintings’ or table top blocks called Lasikortti (Glass postcard) became available to everyone. These ‘glass postcards’ are just one example of HLS’s sensitiveness to the feelings of others. Her great talent at creating deeply touching and sympathetic gifts is perhaps one the the secret’s to Heljä Liukko-Sundström’s popularity.

Liukko-Sundström made beautiful and poetic ceramic tiles in the 1970s. These plates are full of small details of everyday life, which she hoped would bring joy, comfort and good cheer to people: ”She wanted to produce works that had a story and that ordinary people could afford. After countless experiments, a method was developed by which an image based on a unique work was successfully transferred to a clay slab in a single firing. Kaj Franck called the method ‘ceramic printmaking’."

Liukko-Sundström’s ceramic printmaking of various sizes and shapes quickly became very popular, and even a separate department was set up in Arabia to make them. “Heljä ponders what is important in this time, what people might need in the midst of all this abundance. It is clear that it must be beautiful.” The idea for her popular shoe-bottom shaped flower ceramic tiles was born, when Liukko-Sundström was making a cutting board, – yet another thoughtful gift – for Kaj Franck. To decorate it a little, she painted a bouquet of flowers with a red-purple luster glaze left over from Birger Kaipiainen.

Due to the popularity and selling success of her work, Heljä Liukko-Sundström was given freedom to implement her own ideas and wishes. She continued with popular limited-edition series, unique pieces, as well as the design of business gifts, gift products and custom work throughout Arabia’s various company mergers and phazes that affected the Art Department.

A talent for storytelling and imagination

“Where do Heljä's ideas come from then? She does not go in search of inspiration to nature or abroad. She sought to distance herself to find support for the strong direction she had already chosen. In her view, creativity requires the ability to maintain a young child’s ability to empathize. Ideas just emerge from somewhere within.”

HLS spent her childhood in Southwest Finland, in the low-lying countryside surrounding Finland’s medieval capital Turku: “As a young girl, Heljä was timid, serious, and quiet. When sad, she would ‘soar on the wings of her mind’ and immerse herself in the world of imagination. She was fascinated by the meadows, swaying reeds, fields and forest flowers that surrounded her childhood homes”. She loved observing animals and the hustle and bustle of life in the yard and forests from her own secret hideouts.

Already at a young age, Liukko-Sundström had declared that she intended to write books. A chance to realize this dream of combining writing with her other artistic talents came, when the publisher Otava commissioned her first children's storybook, Lempeitä satuja (Gentle Tales) was published in 1977. Since then, Liukko-Sundström has published a total of 11 books, of which four have been translated into Japanese. Decorative ceramic tiles have been made from the illustrations in the books, as well as, bunny figures, tableware, fabrics, rugs, postcards, stamps and the like. The success of her third book Jäniksen poika (The Son of a Hare) in 1981, also inspired the Bunny Mugs series, which have become popular collectibles. The idea behind ​​the Bunny mugs was to depict cute little rabbits pursuing Finnish cultural and seasonal activities.

Infused by the spirit of the eternal

Liukko-Sundström’s perhaps most iconic tableware series is Arabia Tuuli, which she created in response to a request to design a light and modern tableware for Arabia’s 110th anniversary in 1983. She based the tableware series on decorations she had made for the Olari church in Espoo, which included ceramic candlesticks, flower vases, and a baptismal font. The organic forms of the white Tuuli (Wind) series refer to nature and birds. The series was later added to with a print version called Merituuli (Sea wind) featuring a motif of sea reeds in blue-gray, as well as, a set of bird-like Tuuli bowls in blue, yellow, and pink.

Another example of her unique approach to design can be found in Ikikukka (Eternal flower), which she created after being hospitalized in the 1990s. Due to allergies, flowers were forbidden in the hospital wards. HLS had the beautiful idea to make a ceramic flower that could be given as a gift without any worries, and which would never wither. The top half of the Ikikukka has a hand-painted flower design and the bottom resembles a flower pot. The clever decoration also doubles as a small container, where you can hide small treasures, like jewellery and sweets. You can also use them as dessert bowls. You can feel the painter's unique brushwork in these art pieces, which are all signed in the initials of both HLS and the painter.

Though Heljä Liukko-Sundström reached retirement age in the early 2000s, the prolific artist had no thought of stopping. In 2003, she helped establish the Arabia Art Department Society, when the company decided on the closure of the department. At the same time, the construction work on her ceramic studio and home in Humppila began. Her ceramic studio Ateljé Heljä, has been designed by her long-time friend and colleague ceramic artist Olli Vasa, and contains a studio, ceramic oven, showroom, and shop. HLS continues to work in Ateljé Heljä and collaborate with Arabia. 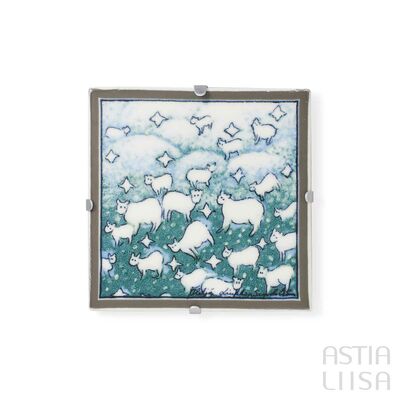 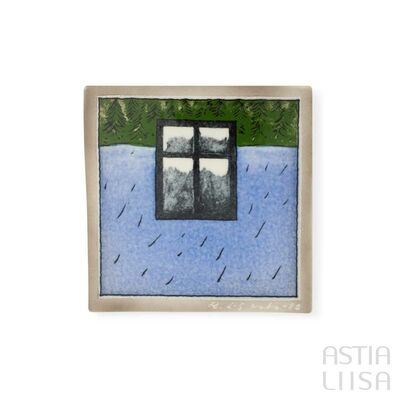 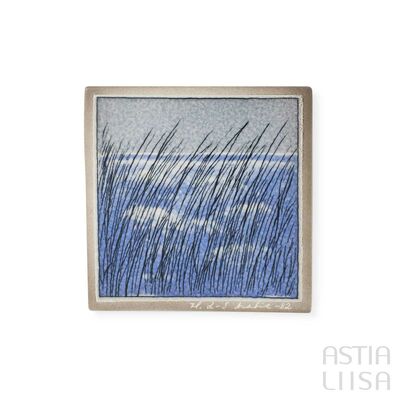 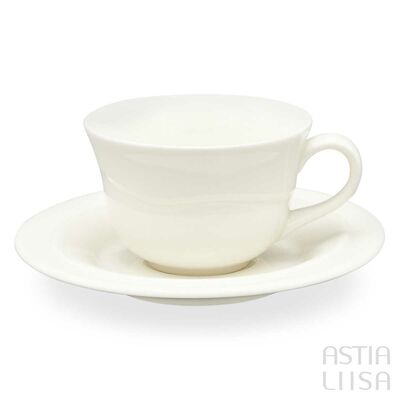 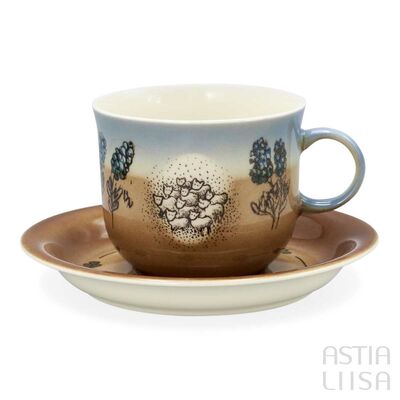 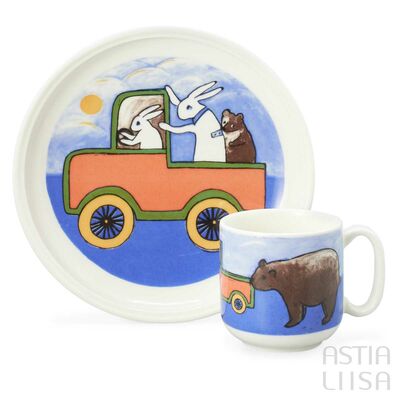 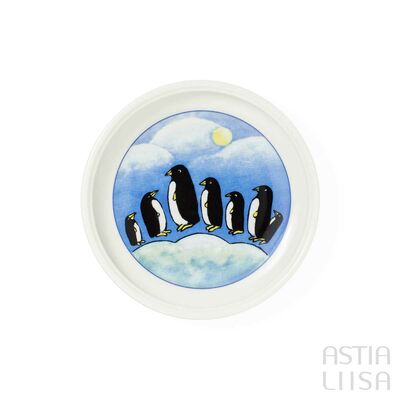 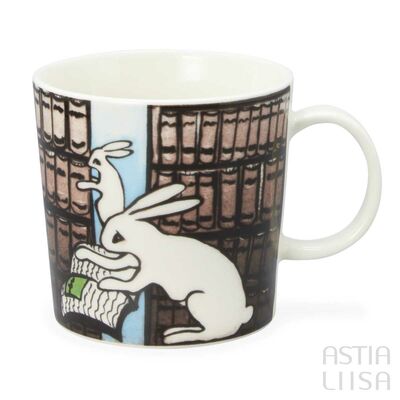 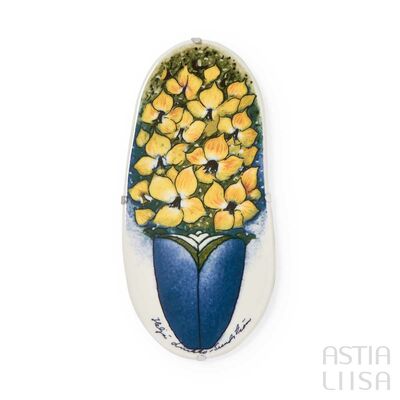 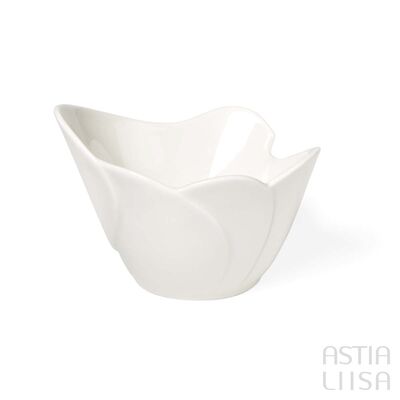 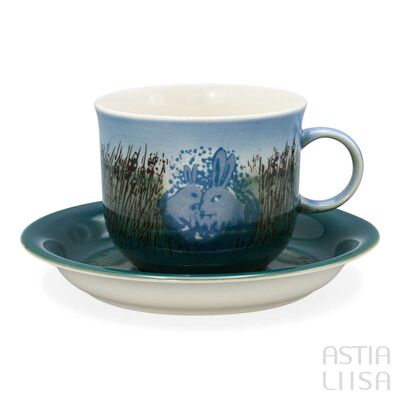 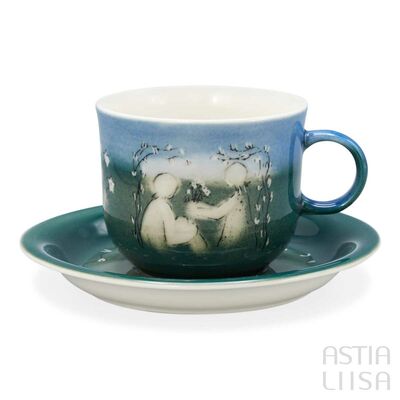