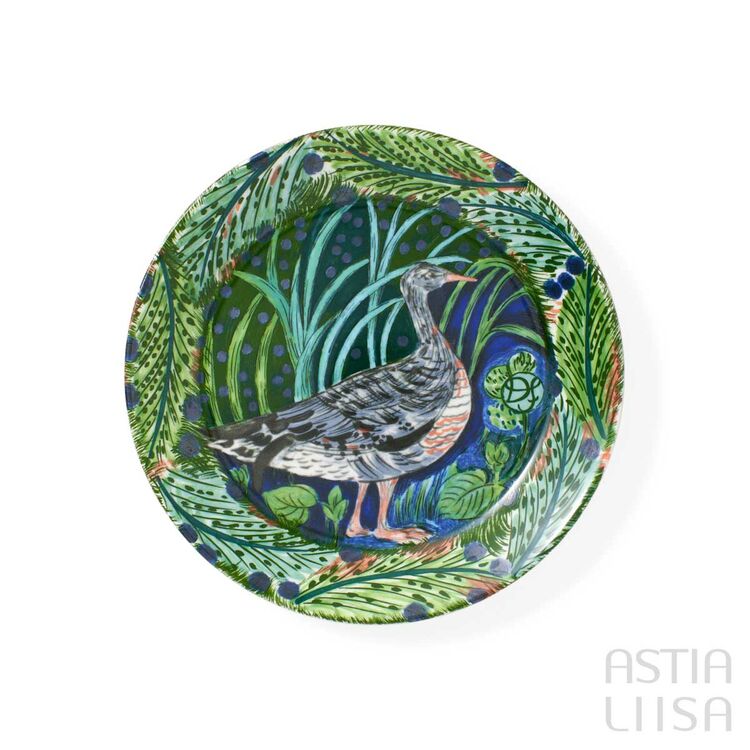 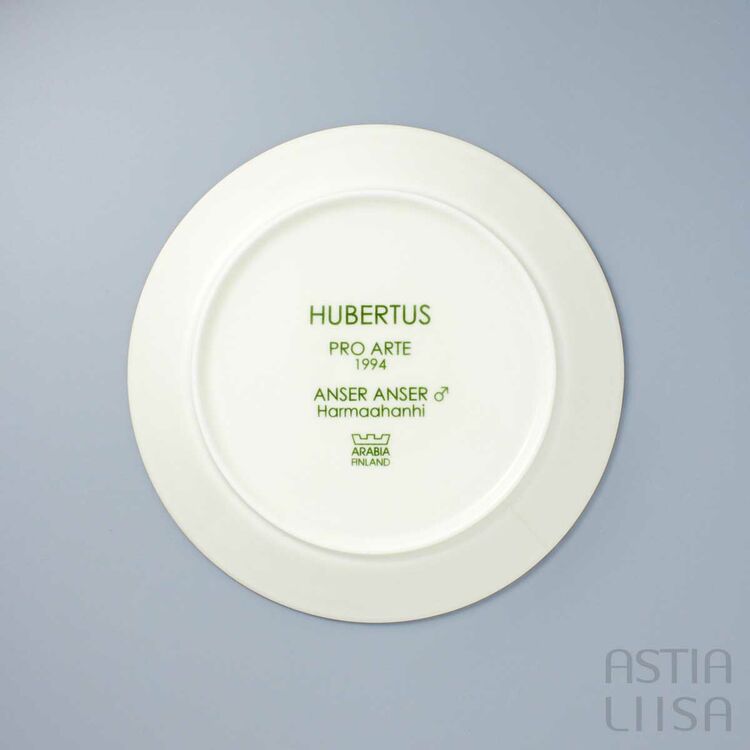 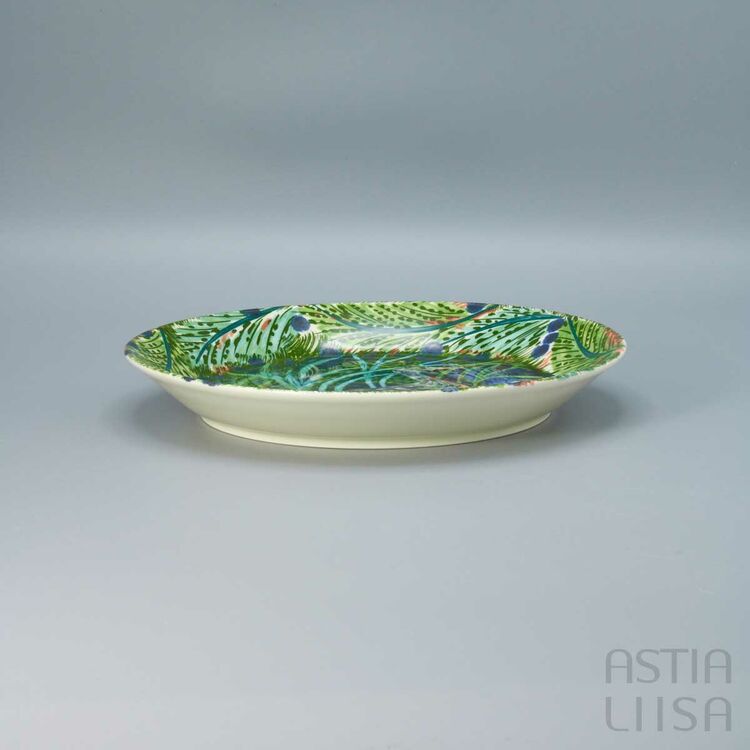 Hubertus (Patron saint of hunters) is a brilliant demonstration of skills in individual and industrial production. The series is a delight in creation, it merges an artist’s vision with the history of meal and mythology. It is considered one of the best services by Dorrit von Fieandt.

The serigraphy was used in ornamentation of the series. It includes following motifs: a platter with a pheasant, fish plates with a perch, plates and paltters with a greylag goose, bread plate with golden-red rowan berries and a bowl featuring a snipe. Each bird is depicted in its natural habitat.

Arabia stamp, Pro Arte, and Latin names of the birds appear on the bottom. In addition to the plates, some serving bowls were produced combining serigraphy with hand-painting. New items were added over the years as the series was expanded with wine coloured serving bowls.

A luncheon plate or a side plate is often used in sets with teacups. Plates of this size are most used in serving small salty courses, like pie, sandwiches, or salad. 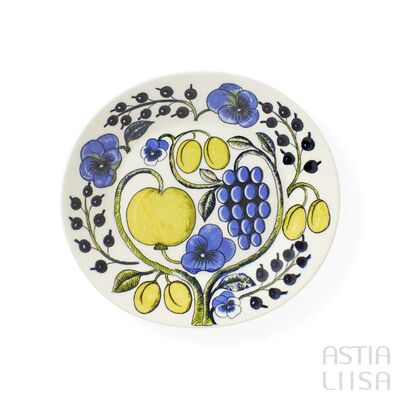 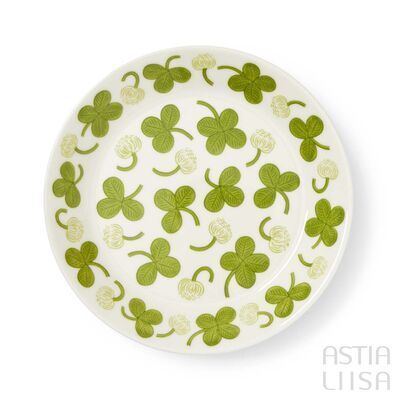 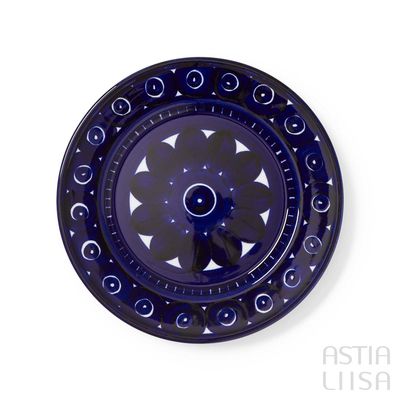 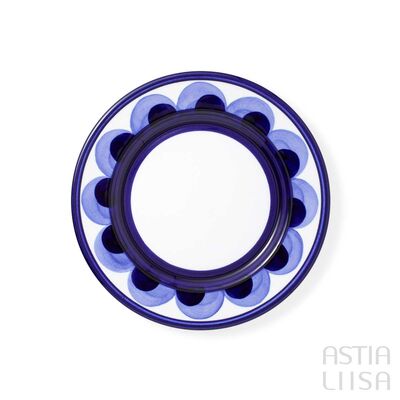 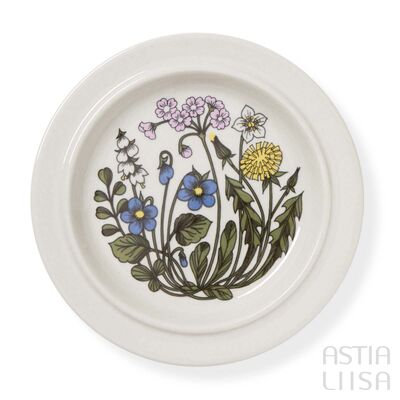 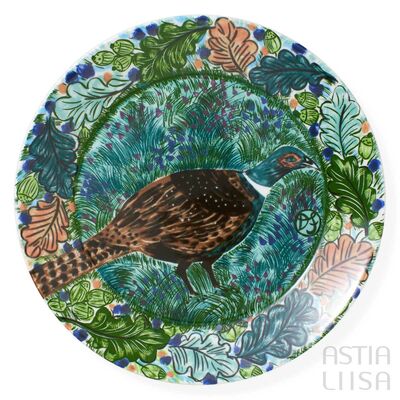 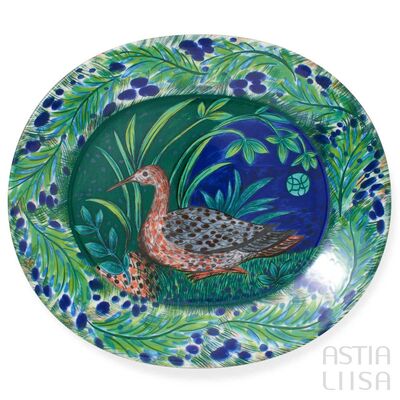 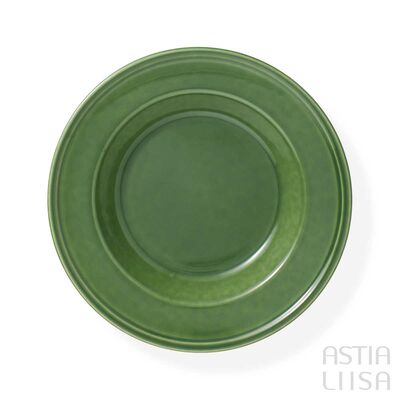 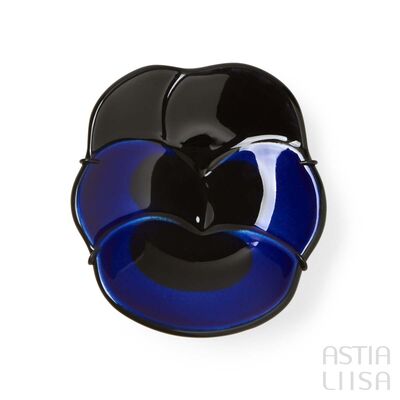 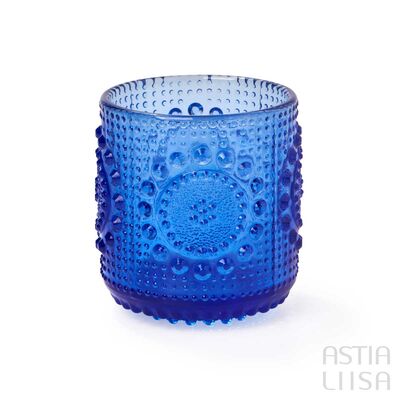